The NPA has warned that if one processor, encouraged by Defra to take additional pigs, does so on this basis once a week, SPP will be around £1.17/kg by Christmas – against a current cost of production of £1.80/kg.  Farmers will soon run out of cash to feed their pigs, Mr Mutimer said.

“Defra did not stipulate that pigs being taken into either PSA or additional kills be paid on the price that they were originally contracted at, so this may well exacerbate the situation,” he said.

“I am sure you would not wish your well-meaning packages designed to push more pigs through the system to be responsible for the crash of the SPP and the resulting carnage.

“We have asked processors to buy these distressed loads on a liveweight basis as if they were buying from markets, which we understand is perfectly legal, to prevent these prices going into the SPP and we would appreciate your support in encouraging this solution as they are yet to respond.” 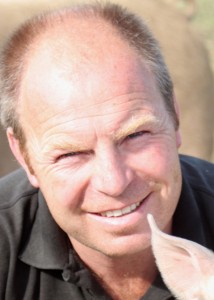 Mr Mutimer also expressed concern about the Private Storage Aid scheme, the aim of which, he stressed, was to provide a simple mechanism for the storage of minimally butchered pigs to encourage a rapid increase in the number of pigs taken off farms.

“Since the PSA has now been altered to allow the inclusion of boneless joints, we understand that some processors will not now use PSA until the butchers on temporary visas have arrived in the UK, expected at some point in January,” he said.

“This will enable them to use the resource to de-bone product and place it into storage until summer 2022 when there is expected to be a drop in supply. The PSA, therefore, rather than helping farmers reduce pigs on farm, will only serve to help processors out of a supply issue.

“This does not therefore address our immediate crisis of a welfare cull and will put further downward pressure on the pig price at a time when feed prices and other costs continue to rise.”

Mr Mutimer called for a bigger incentive to kill extra bigs under additional kill bonus scheme, which the bigger processors have told the NPA won’t be used because they cannot encourage their staff to work additional shifts, while they have also said that the £3 per pig offered was not a large enough incentive.

He requested that Mr Eustice chairs a roundtable of processors, retailers and producers to ‘take stock, properly assess whether the measures are working and agree further approaches that will alleviate the backlog of pigs on farm’, and invited him onto a farm ‘to see first-hand how this on-going crisis is impacting British food producers’.

He told told Mr Eustice that 14,000 healthy pigs have already been culled on farms and sent for rendering because of the sheer lack of space, while 27,500 sows have been lost from the national herd.

With farmers losing an average of £25 per pig equating to an overall loss of £130 million in the first six months of 2021, and the second half of the year set to be as bad, if not worse, the NPA fears that many existing pig farms will not survive unless the package is implemented as intended.