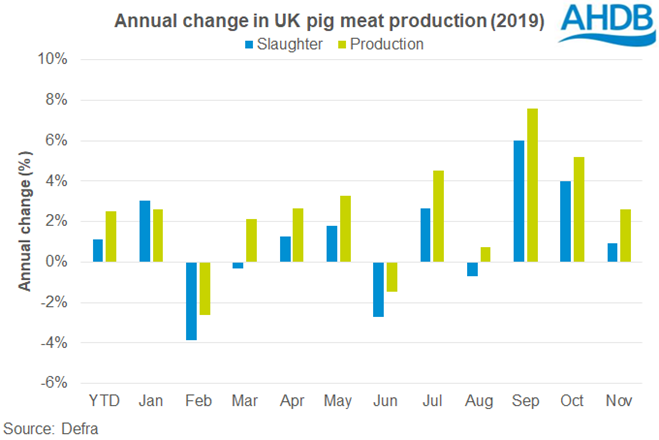 Adult pig slaughter
Slaughter of sows and boars in November totalled 22,400 head, the same as in the month last year. Cull rates were relatively high last year, and as such, adult slaughter has been considerably lower for most of this year. This may start to change in the coming months, with expectations the age profile of the herd will have risen.