However, the large pig meat deficit persists in China, which ha induced production expansions in all animal production systems, including in key supplier regions, especially Brazil and the European Union.

Pig meat output is forecast to expand by 4.2% to 114 million tonnes, which is still 5% below the level before ASF began affecting Chinese production.

Most of the anticipated increase stems from a recovery in Chinese production, expected to reach 46 million tonnes, a 10% increase on 2020 and 85% of the pre-ASF level. 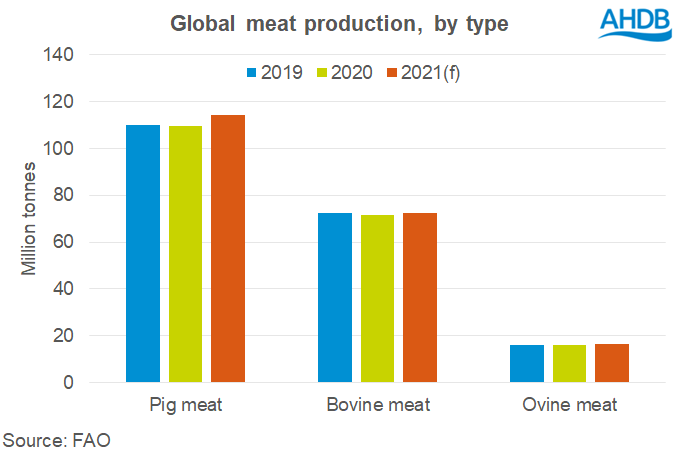 Global meat trade is, however, forecast to stagnate in 2021 as the recovering meat production in China means the demand main driver of trade growth in recent years has waned.

The report predicts that the pig meat trade is to stall, falling by 0.6% to 12.8 million tonnes. An 8% decline in purchases is expected from China, and moderate import drops are also expected from Vietnam, Canada, and here in the UK. In response to the falling demand, exports are expected to fall from the EU, Chile and Canada, as well as the UK. 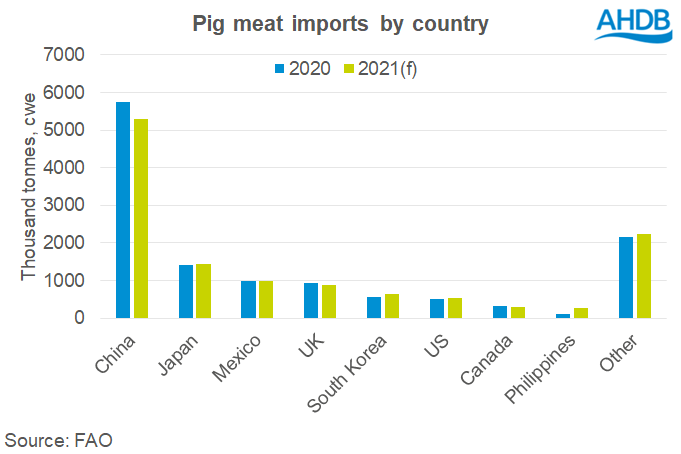