The data for meat and meat preparations showed an even larger deficit, with exports to the EU down 42% on the previous year:

(Export value to the EU of Meat and Meat Preparations, Office of National Statistics, 13 April 2021)

In January, pork exports to the EU fell by a staggering 84%, amounting to just 2,500 tonnes, a reduction of 13,000 tonnes year on year. As a result, overall pig meat (including offal) shipments fell by nearly a half compared with 2020 to only 15,600 tonnes. 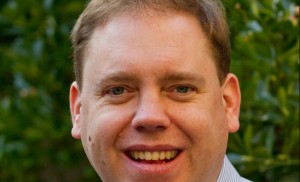 “The pandemic will still be affecting export opportunities but there is plenty more work to do to tackle the systemic problems. We need to improve and modernise our trading processes with the EU to help the pig sector recapture the export market and sell our world class produce on the Continent.”

Live pig exports are still not possible due to the lack of border infrastructure at the Channel ports. NPA senior policy adviser Rebecca Veale told BBC Farming Today how the inability to trade live animals with the EU is damaging the UK pig sector.

She was interviewed as part of a feature about how the new requirement for Border Control Posts (BCP) to inspect animals exported from and imported to the UK is causing disruption across the livestock sectors.

You can listen to the feature HERE (from 3.30 mins)

Questioned about the impact on pigs, Rebecca said: “Unfortunately, on the routes through seaports we would use, there are currently no Border Control Posts.”

She highlighted how BCPs were an issue for individual companies and not something EU Governments had control over. She said the NPA was ‘working really hard’ with some countries who are interested in putting a BCP in place, but stressed, while progress is being made, none are accepting live animals.

“For the pig industry in the UK, it is really important that we export breeding animals. There are a small number of breeding companies and the ability for them to operate in this country and abroad is of relevance to all producers.”

Mr Dewhirst updated the NPA’s Pig Industry Group on the search for new BCPs at EU ports at its latest meeting.

A possible site has been found inland near Calais, although it still needs approval from the French authorities and Brussels. Other options include the Hook of Holland and Zeebrugge. However, none of the facilities have yet been constructed, so it is likely to be some time before exports can resume.

The need for BCPs to check live pigs coming into the UK from the EU has been delayed until the start of 2022 – various possible sites have been identified.