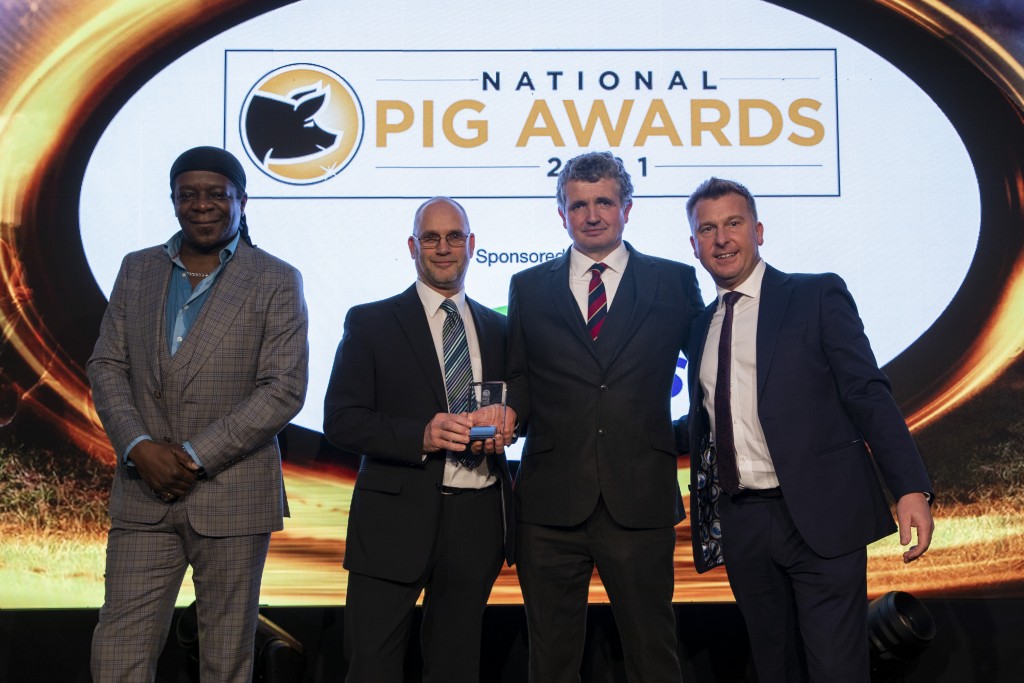 They have established green cover crop trials with various organisations, including AHDB Norfolk Rivers Trust, Anglia Water and Kings Seeds, which have shown that these cover crops offer great advantages to the pigs’ health and welfare and important environmental benefits by preventing erosion and providing wildlife habitat.

Rob made it a double, also picking up the Unit Manager of the Year Award on the night.

The National pig Award judges, chaired once again by Stewart Houston, said Rob and Robert have an innovative approach to their outdoor pig production resulting in excellent outdoor performance.

The judges said: “Their trials work, including green cover crops and equipment testing and development, benefits the wider industry. Breakfast team meetings and a generous production bonus generates a positive team spirit which is the foundation for their productivity success.”

Bradshaw Farms, run by Tom Bradshaw with his father, Tim, has 900 indoor sows in total, run over two nearby units. 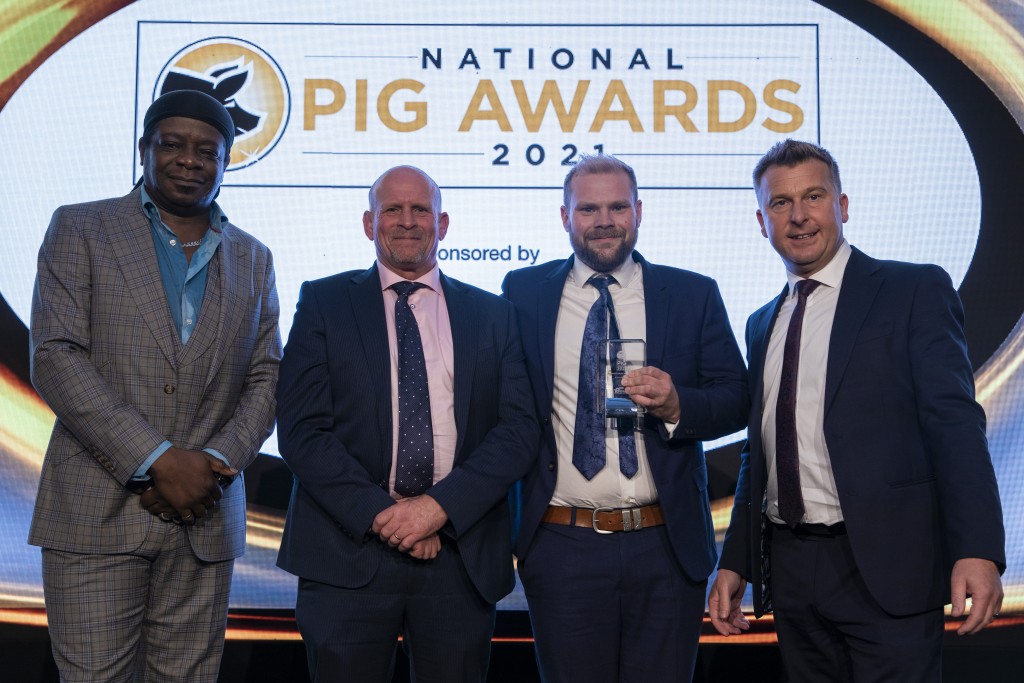 Since Tom joined the farm and they restocked, he and his father have invested approximately £2m into developing the pig unit from very little, including a restock and new farrowing, growing and fattening accommodation.

They five other members of staff, who are encouraged to implement their own ideas and, over the last 10 years the business has become so more efficient, and labour costs have reduced dramatically.

The judges described it as a ‘typical, well established indoor unit, with excellent herd performance, staff retention and engagement’. “They are regarded as part of the extended family, and that’s the secret behind really good mortality and other KPIs,” the judges said.

In total, 15 National Pig Awards were handed out on the night.The winners were: