This outweighed declines in out of home sales. With cafés shut and big fast food brands temporarily closed, out of home pig meat volumes declined by 55% (70,000 tonnes) overall. Breakfasts (mainly full, cooked breakfasts) were the main driver of this, declining by 68%, as most people instead opted to cook their own at home. 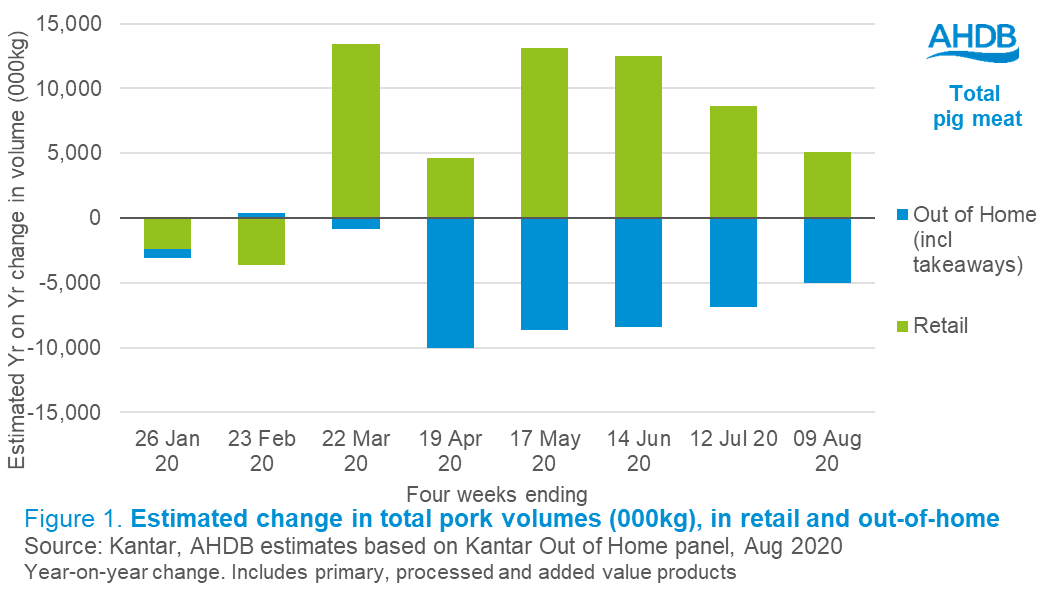 AHDB retail insight manager Rebecca Gladman said: “The pork sector is not reliant on one main dish, as is generally the case with other sectors.