The reduction in the breeding herd may already be starting to weigh on production. In the first half of this year, Irish pig meat production reached 153,000 tonnes, 1% less than in the same period in the previous year, according to Eurostat.

Slaughter also declined during this period. Throughputs totalled 1.72 million head, 0.5% less than last year. This suggests that average carcase weights have actually been lighter this year; a contrast to trends seen in the UK.

Shrinking supplies appear to have affected exports. In the first half of this year, Irish exports of pig meat (incl offal) fell by over 3% compared to the same period in the year before. Shipments of fresh and frozen pork, Ireland’s most significant pig meat export, declined by 7% on the year. 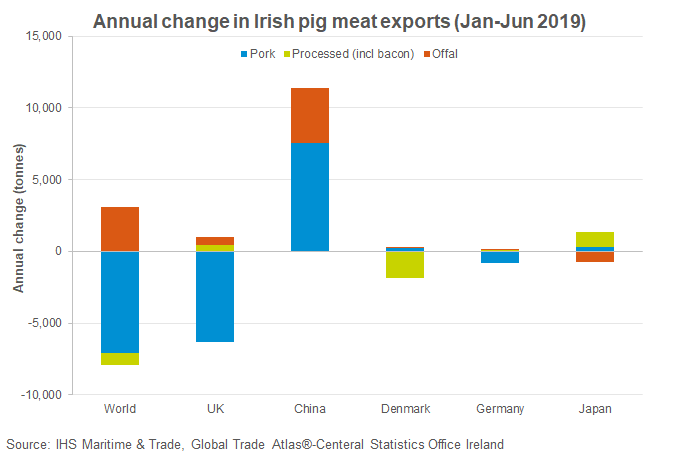