The case studies highlighted the need for effective diagnostics to enable effective health plans to be put in place and role that vaccination can play. Mr Berkshire also highlighted the ongoing need to develop and utilise alternatives to antibiotics.

While many farmers vets and others across the industry have made huge efforts in addressing the antibiotic challenge, further industry buy-in, and in some cases changes in attitude, will be needed if the challenge is to be met successfully, he added. 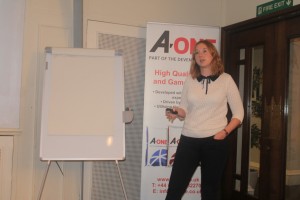 NPA senior advisor Georgina Crayford shared her findings from various trips around the world she has made this year as part of her Nuffield Scholarship, looking at how other countries have reduced antibiotic use and engaged farmers with this important issue.

She addressed the ‘intensive’ versus ‘extensive’ debate, which was discussed at the meeting, as Coilin Nunan, of the Alliance to Save Our Antibiotics (ASOA), reiterated his claims that switching to less extensive pig farming would lead to a reduction in usage.

Dr Crayford explained how she had visited intensive farms, for example, in Scandanavia that had achieved huge reductions in antibiotic use and said that it was too simplistic to make the link between system and antibiotic usage.

Reiterating Mr Berkshire’s message, she stressed that achieving reductions often took with many bumps along the way. “Reducing antibiotic use may seem like a huge challenge at first, but it’s not an insurmountable one,” she said.

Dr Crayford also discussed industry attitudes towards herd health, noting that as human diseases, such as diabetes, alcoholism and obesity have become ‘the norm’, people are noticeably less motivated to address them. Is the same happening with pig diseases, she pondered?

She highlighted examples in Denmark, for example, of how coordinated national health control programmes make a ‘huge difference’ to controlling major pig diseases and therefore reducing antibiotic use.

But her key message was to farmers, who she urged to shift from ‘being reactive to proactive’ in their approach to animal disease control. She urged farmers to fully investigate their health status as a starting point.

“Farmers must learn to value vet time and be willing to pay for it. And vets need to get creative,” she said.

Lizzie Bentley, technical support manager at the Yorkshire Farmers marketing cooperative outlined the methods they and their members are employing on farm to reduce antibiotic use, stressing how each individual farm needs to identify its own starting point and plan and judge progress from that. She highlighted the need for high levels of biosecurity and outlined the challenges the industry faces in reducing usage, including the loss of zinc.

In a panel discussion, various issues, including how the antibiotic targets should be policed, were discussed in depth, while some of Mr Nunan’s claims, notably around intensive farming and weaning age, were robustly challenged.