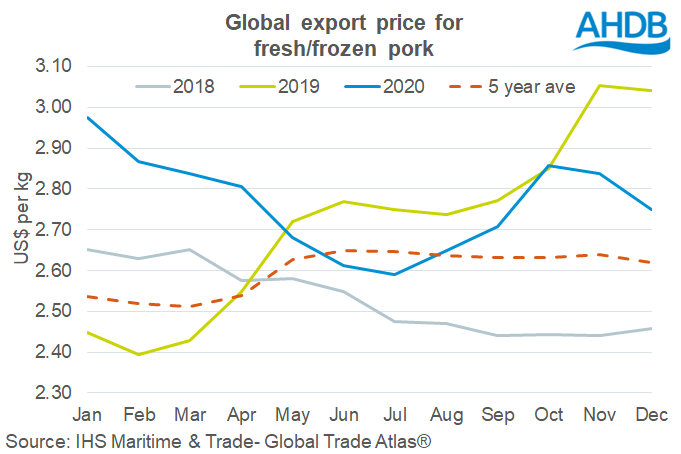 Demand from China was still strong at the end of 2020, evidenced by rising import prices, which will have supported overall export values in the second half of 2020. Suppliers to the Chinese market were limited at points throughout the year, with Germany unable to supply China from mid-September due to an ASF outbreak, and other plants around the world not shipping to China due to COVID-19 related challenges. 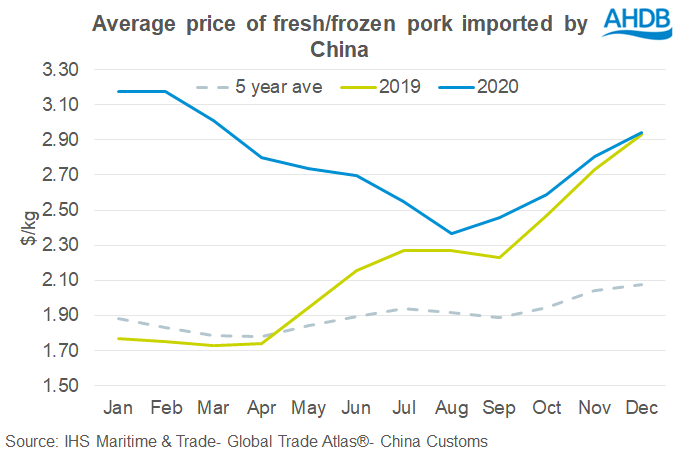 “Although export values showed some recovery late last year, at farmgate level, EU prices did not start to rise until late February,” Wilkins pointed out, although said that more recently, farmgate pig prices have increased again in Europe, as the latest market reports indicate that demand is largely in balance with supply.

US farmgate prices were low in 2020, likely influenced by difficulties at processing level. Some producers contracted their herd size due to poor profitability, which has caused strong growth in US pig prices on the back of the tightening supply and growing optimism over export demand. The value of the US dollar against the Euro also fell last year, helping to boost the competitiveness of US product on the global stage and supporting demand.

The value of Brazilian pork was been significantly affected by currency fluctuations  due to COVID-19 challenging the Brazilian economy, which Ms Wilkins said helped boost exports, particularly to China. “It also means the value of exports in reals increased strongly last year, even though prices were relatively stable in US dollar terms. This likely influenced the sharp rise in farmgate pig prices seen in the second half of 2020,” she said.

Looking ahead, Ms Wilkins added that EU export prices are already higher than the other global competitors, and that it will likely come down to the strength of Chinese import demand this year and how much product this can draw from the EU market, especially with ongoing access difficulties. 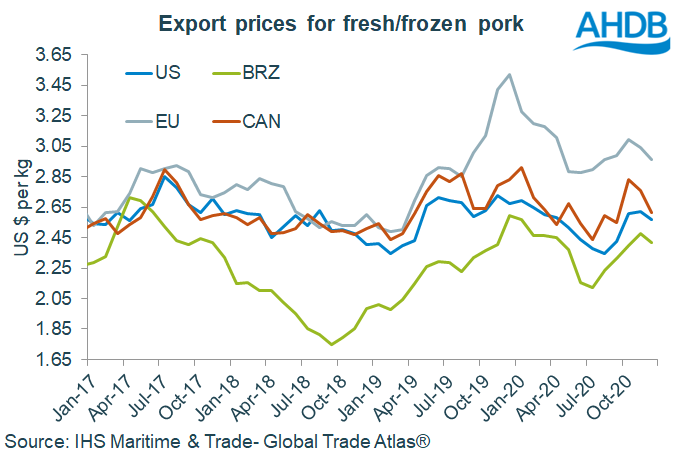