However, pig meat production in the EU and UK is not expected to follow a growth trend, influenced by environmental and public concerns. 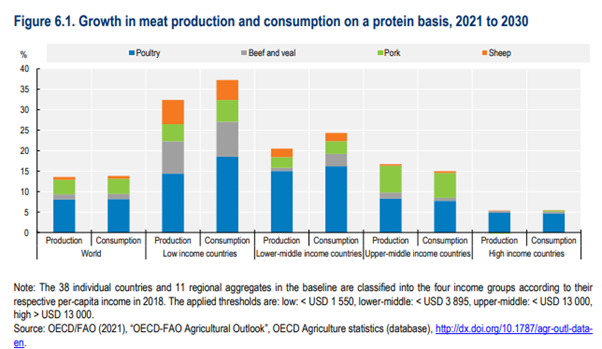 “International meat trade will therefore increase in response to growing demand from Asia and the Near East, where demand growth outpaces any increase in production.”