The number of piglets was down by 10% at 6.92 million, meaning there will be fewer pigs coming forward in the coming months. 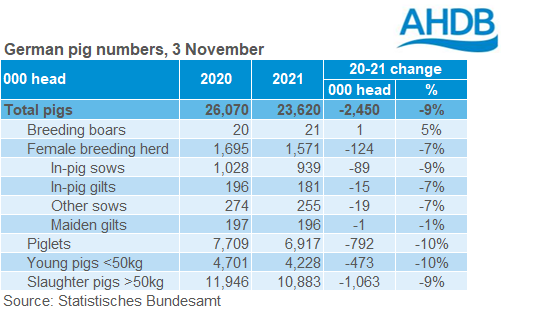 Ms Wilkins said: “The figures clearly indicate that German pig supplies are set to contract during 2022, with declines expected to be seen throughout the year. The extent to which this tightens overall EU supplies remains to be seen.”