“Cages continue to be used on British farms, despite well-established alternatives that allow animals to express their individual needs and have been proven to be economically viable,” she said. “If the UK wishes to maintain ​and enhance its status as a global leader in farm animal welfare as we leave the EU, we ought to follow the lead of those European countries that have already banned caged systems.”

In a debate that lasted just an hour, five MPs made contributions before new Farming Minister Victoria Prentis responded, outlining the Government’s stance.

Mrs Prentis, who described pigs as ‘one of my favourite animals’ and explained how she used to keep pigs, said the Government ‘remain completely committed to the ambition that farrowing crates should no longer be used for sows’.

WATCH – Farming minister @VictoriaPrentis @DefraGovUK speaking on farrowing crates last night. Rightly states that UK unique in having range of production systems, and we are working with Govt to look at options that are commercially viable and protect both sows and piglets. pic.twitter.com/kquiW0lGDk

She cited the new pig welfare code, which states: “The aim is for farrowing crates to no longer be necessary and for any new system to protect the welfare of the sow, as well as her piglets.”

But, referring to the unilateral UK 1999 sow stall ban, which resulted in farmers being undercut by cheaper EU imports produced using stalls, she said:

‘The UK has led the way on improving pigs’ welfare by banning the keeping of sows in close confinement stalls in 1999. I am not in any way criticising that decision, but it is worth noting that we were about 80% sufficient in pigmeat in 1998.

“The figure had fallen to about 50% by 2003, and it is currently about 56%. I am extremely keen not to outsource animal welfare issues to other countries.” 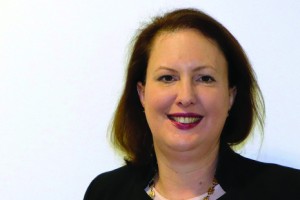 Reiterating many points from NPA briefings sent to MPs ahead of the debate, she said also stressed the need to make progress towards a system ‘that both works commercially and safeguards the welfare of the sow and her piglets, and that we do so as quickly as possible’.

“The UK is already ahead of most pig-producing countries on this issue, with about 40% of our pigs living and farrowing outside. Good progress has been made, but there is more to do,” she added.

She confirmed there is likely to be support for producers who wish to make the transition.

“Defra has funded research into alternative farrowing systems. The commercial development of farrowing systems and practices is not sufficiently advanced to recommend the compulsory replacement of all farrowing crates, but I ​am keen to work with the industry on this—using both carrots and sticks—because it is important to not simply move production abroad,” Mrs Prentis said.

“The Government place great importance on the welfare of all our animals. The measures that I have set out demonstrate clearly the steps that the Government have already taken and will continue to take to strengthen our high animal welfare standards.

“We are actively exploring options to do with the use of cages and will work with industry to improve animal welfare in a sustainable way. The provisions in the Agriculture Bill will help us to do that.”