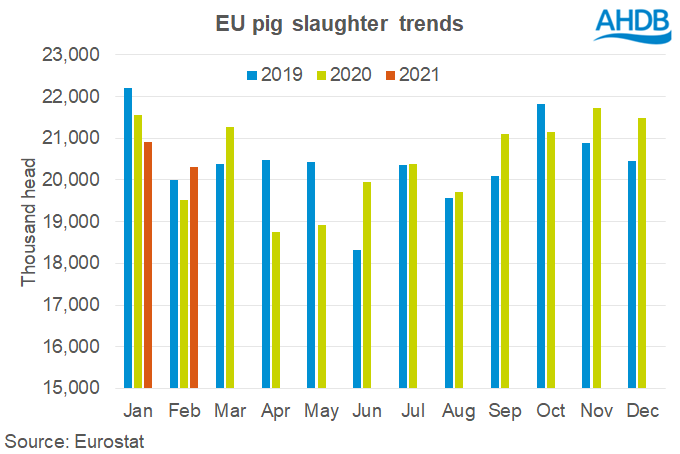 Ms Wilkens pointed out there were differences in the outputs from member states across January and February this year, when compared with a year earlier.

Poland and Belgium also recorded noticeable increases in production, both of around 17,000 tonnes.

Following market reports indicating that pork demand on the continent has been difficult, there are now early signs the demand for pig meat in the EU may be improving, AHDB’s Bethan Wilkins has reported.

After months of demand suffering due to unseasonably cool spring weather, a lack of tourist trade, and ongoing coronavirus restrictions affecting the foodservice market, the partial reopening of catering in some areas are leading to reports which indicate increased consumer activity is helping to recover demand.

Ms Wilkins said: “Demand for pig meat in the EU has been under some pressure in 2020 and into early 2021. Long-term trends and disruption due to the coronavirus pandemic have influenced these developments. This has had a negative impact on pig prices, though fortunately export demand has remained a brighter spot for the EU market overall. 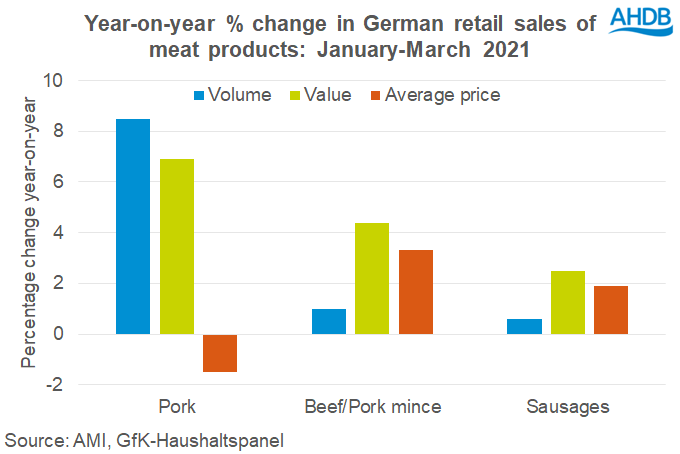 Looking  at retail purchases of pig meat in Germany and France early this year, Ms Wilkins said: “It’s worth noting that both these nations imposed restrictions on eating-out in mid-March last year, so retail volumes in the latter part of Q1 2020 will have already been elevated.

“Nonetheless, even where volumes are higher than early last year, it seems this has not been sufficient to compensate for declines in foodservice, considering reports of struggling demand for much of this year.”

In Germany, household purchases of fresh pork were up by almost 9% in the first quarter of 2021, though sausage and mince sales were more stable.

Kantar Worldpanel data for France saw only a 3% rise in fresh pork retail sales over the same period, with charcuterie sales 1% down on a year earlier, particularly driven by declining ham purchases. 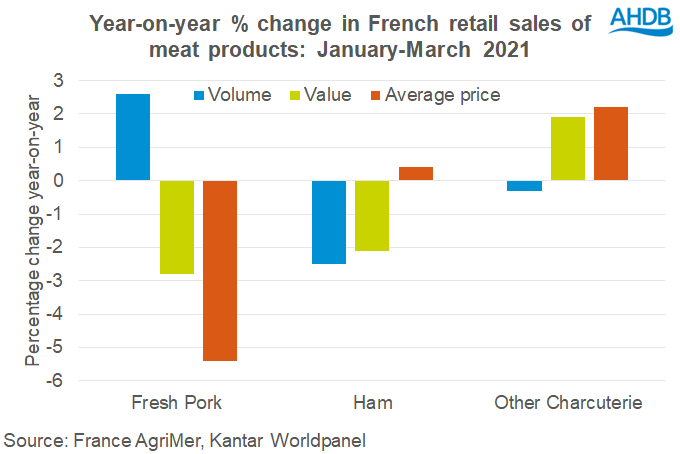