This follows government action to quell domestic pork prices. Chinese wholesale prices fell back a little in December, but remain extremely high. It remains to be seen if they will increase strongly again. 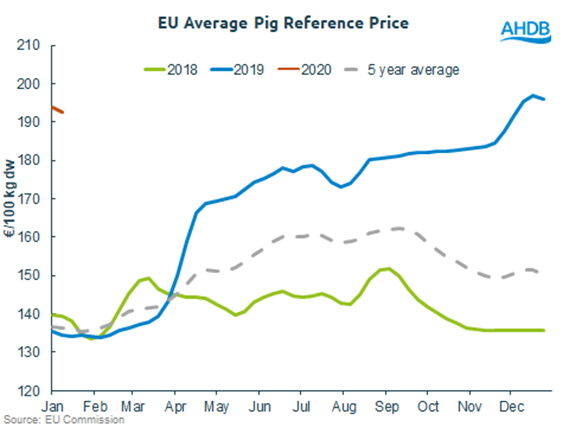 With EU prices falling, the gap between UK and EU prices has continued to close. For the week ended January 5, the discount of the UK price to the EU average stood at €2.93, compared with over €6 four weeks before.