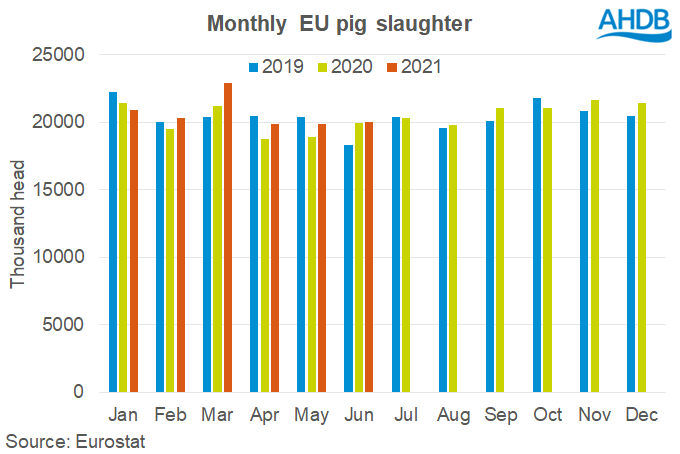 Denmark, Italy and Poland all recorded noticeably lower slaughter than a year earlier in June. The largest declines were from Denmark and Italy, at around 10%.

The overall modest increase was driven by the Netherlands, where slaughter was nearly 25% higher than the particularly low figure from last June.

“With Europe currently oversupplied with pork, there is much interest in whether supplies are showing any sign of tightening,” said Ms Wilkins. “While these latest production figures don’t point toward a contraction in pork production, it does at least seem that volumes aren’t particularly increasing.

“The mid-year EU pig census numbers are currently being released. We will update you on the results, and what they mean for the EU pig meat production outlook, when more countries have published their numbers in the coming weeks.”