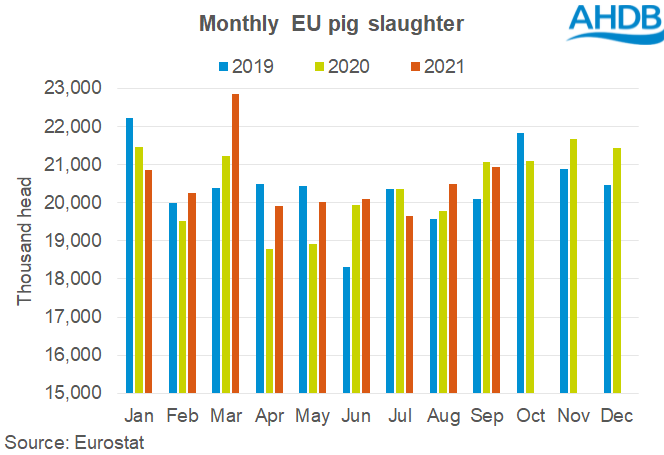 Mr Wyatt noted that pig meat production in September totalled 1.93 million tonnes, around 1% lower year on year, bringing production for the year to date to 17.41 million tonnes – 2% higher than during the first nine months of 2020.

He also noted that Prices for pigs in the EU have fallen dramatically over the past several month, as although pig meat exports from the region are up, they have not been able to keep pace with the increase in production.

“This means product is finding a home within the EU itself, and this is slowly replacing lost export opportunities,” he explained. “However, drawing out this demand has not been easy, it would probably need Chinese import demand to pick up in the New Year, to mark a quicker reversal of fortune for the sector.”