Prices dropping over the summer were a result of excess supplies at a time when the export market became more challenging. 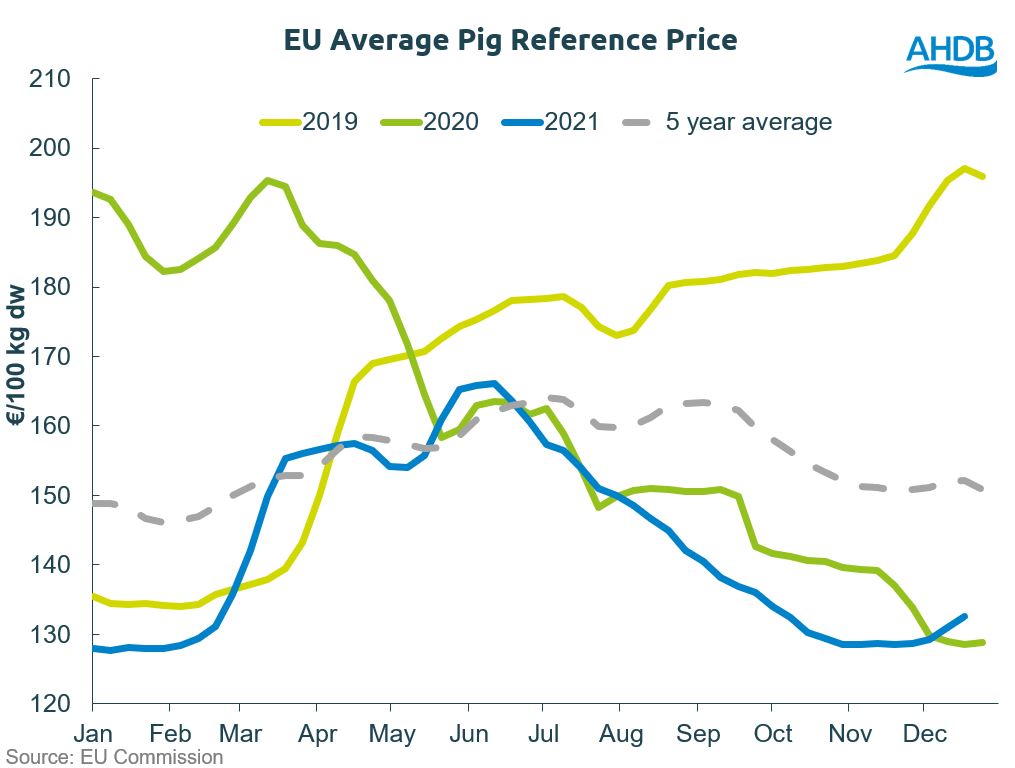 Most of the key producing Member States saw a rise in prices during the weeks before Christmas, except for Spain which saw a more volatile price trend. Dutch prices were also stable.

Over the latest 4-week period, the largest price increases were in northern Europe, with the Danish and German prices both up by around €3. Polish prices also saw a strong recover from mid-December.

The UK, by comparison, has continued to see falling prices, closing the price difference between the UK and EU average, which has narrowed from €44/100kg to €37/100kg over the latest 4-week period.