The UK pig price increased by 12% during the period, but was 9% below that in the equivalent period a year earlier.

Cranswick’s financial update stressed that it continues to invest ‘at pace across our asset base to support future growth and further operating efficiencies’. The capacity uplift from 1.1m to 1.4m birds per week at the Eye poultry facility was delivered successfully and, as anticipated, the new £20m cooked bacon facility in Hull started commercial production during the quarter.

A further £5m will be spent at the facility over the coming months to add additional capacity and capability.  Work on the new premium breaded poultry facility in Hull is progressing well, with incremental investment of £5m, which includes a third production line, added to what is now an overall £30m build plan.

The company said it continues to make meaningful progress in delivering its ‘Second Nature’ sustainability strategy.  During the period six more of sites were awarded the carbon neutral (IPAS 2060) certification, with nine of our sites having now gained the accreditation, with all remaining production facilities on track to achieve this status by the end of 2021.

The company’s exacting standards and leadership in animal welfare were recognised again in the spring with confirmation that it had retained its Tier 1 status in the Business Benchmark on Farm Animal Welfare (BBFAW) for the fifth consecutive year.

On July 22, the company received confirmation that its Science Based Target (SBT) has now been validated. The ‘challenging but achievable’ SBT is set in line with efforts to limit global warming to 1.5⁰C under the Paris agreement and includes halving its Scope 1, 2 and 3 emissions by 2030 and achieving Net Zero status by 2040.

The outlook for the current financial year remains in line with the Board’s expectations, which is confident that continued focus on the company’s strengths, which include its long-standing customer relationships, breadth and quality of products, robust financial position and industry leading asset infrastructure, will support further successful development. 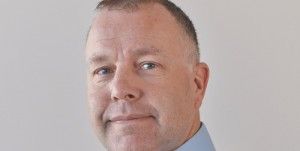 Adam Couch, CEO of Cranswick, said: “We have made a positive start to the year.  Our capital investment programme remains firmly on track as we build the platform to deliver our long-term growth strategy and we continue to make meaningful progress in delivering our Group-wide ‘Second Nature’ sustainability strategy.

“We also continue to support our customers by delivering excellent service levels to ensure full availability of our products.

“The professionalism and commitment of our colleagues across the business is the foundation on which our successful performance is based and as always I would like to thank them for their continued dedication and support.”

He confirmed that , as announced on May 18, Martin Davey will stand down as chairman at the conclusion of today’s (July 26) AGM, although he will though stay with the business in an advisory capacity until May 2022. Martin joined Cranswick 36 years ago and has been chairman since 2004.

“Much of what Cranswick is today in terms of its culture and ethos reflects Martin’s character and personality,” Mr Couch added. “He has been an inspiration, mentor, wise counsel and friend and on behalf of all at Cranswick I would like to thank Martin for his invaluable contribution over the last 36 years and to wish him, his wife Linda and their family all the very best for the future.”