Mr Gooderham explained: “When the pig herd reduced, the resultant impact on China’s demand for whey products was evident. Imports fell from around 51k tonnes per month in the summer of 2018 to just 33k tonnes per month the following year. Over the last 3 months (May to July), those imports have averaged 57.6k tonnes,” which he says suggest the country’s pig herd is rebuilding healthily. 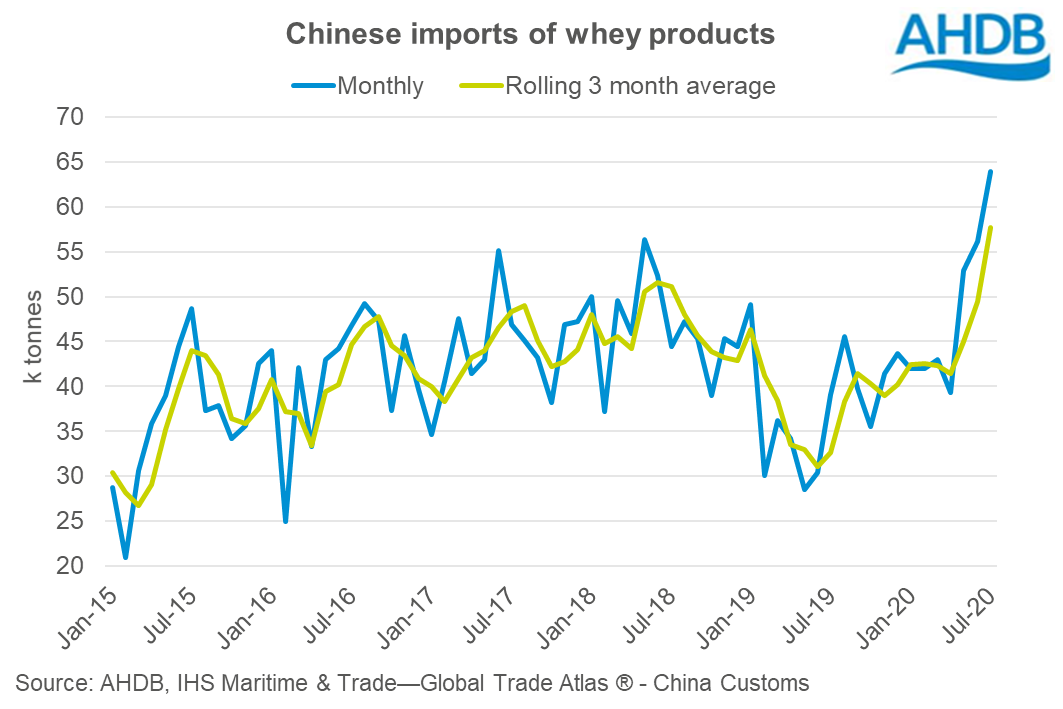