As of February 1, we are out of the EU, but still effectively in the Single Market and the Customs Union, meaning we are still trading freely with the EU.

There are no new tariffs, no extra paperwork, no delays at ports and, as all farmers are being reminded, all EU-based rules and regulations, including those attached to the CAP, remain the same. No disruption was expected to our trading relations with non-EU countries, meaning, crucially, that our pork export trade to China and other key destinations should continue unhindered.

But the transition period is finite – Prime Minister Boris Johnson remains adamant that it will end on December 31, 2020, by which time he expects to have negotiated a brand new trade deal with the EU. The noises from Brussels are very different, however, with leading figures in the negotiation describing this 11-month timetable as ‘challenging’. After all, it has taken three-and-half years just to reach the starting line.

If the deal does run into difficulties – and there are fundamental issues to resolve around the balance between retaining close links with the EU and seeking ambitious trade deals elsewhere – then the spectre of a no deal Brexit on WTO terms, and all that goes with it, will raise its head again.

A return to some of the frenetic scenes of political uncertainty that characterised 2019 cannot be ruled out, although this time, the Prime Minister at least begins with parliament onside.

Agriculture Bill
January saw the publication of the revised Agriculture and Environment Bills. The latest iteration of the former, on the face of it, makes for better reading than the original.

Like the first version published by Michael Gove in September 2018, Theresa Villiers’ Agriculture Bill paves the way for a radical transformation of farm policy in England, based on a support system that rewards ‘public goods’, mainly in the form of environmental enhancement.

However, the Government appears to have listened to the angry industry voices that pointed out that the original Bill was so heavily skewed towards public goods and the environment that food and farming appeared as little more than an afterthought.

This is a more balanced document. But be in no doubt, it remains fundamentally an environmentally-focused Bill – Mrs Villiers described it as ‘one of the most important environmental reforms for many years’.

The centrepiece of the policy will be the new Environment Land Management scheme (ELMS), which will incentivise farmers to, among other things, improve soil health, reduce pesticide use, support wildlife and generally meet the Government’s climate change goals.

But there are new elements in there that appear to recognise that farmers’ core role as food producers must not be entirely eclipsed in this headlong pursuit of public goods.

There is a requirement for the Government to report on food security to Parliament every five years, alongside potentially significant provisions to improve transparency and fairness in the supply chain, which are of particular interest to the pig sector, given recent events.

There is support for ‘improving the productivity’ of farming businesses, which could offer real opportunities for the previously unsupported pig sector, as could funding for initiatives that improve animal health and welfare, help mitigate and adapt to climate change and support native breeds.

“We will continue to champion British produce and support farmers to adapt to our new pioneering approach to agriculture,” Mrs Villiers added.

Whatever the final destination, the Government knows it needs to take farmers with them on this journey.

It will not happen overnight. There will be a seven-year transition, starting in 2021, when the first cuts to direct payments will be made, initially to fund ELMS pilots. By 2028, direct payments will be a thing of the past. The Government has guaranteed 2019 spending levels during this term of Parliament, although there can be no guarantees beyond.

What’s good and what could be better?
NPA senior policy adviser Ed Barker has put together a briefing highlighting the points within the Bill that the association welcomes and supports, and the areas it feels need to be changed or added. 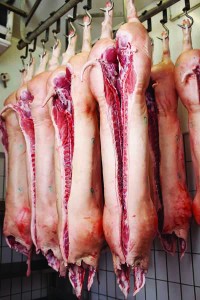 This includes supporting the actions of farmers, vets and other organisations in ‘protecting or improving the health or welfare of livestock’, for example through participation in animal health or disease control schemes or financing testing for a particular disease. Support will also be available to strengthen animal welfare outcomes, such as ensuring animals ‘have access to materials that allow them to express their natural behaviours’.

The NPA welcomed these provisions and the recognition that animal health and welfare are interrelated. However, it said the Bill should be made more explicit about the scope of support for producers to ‘continue driving responsible antibiotic use in a way that does not jeopardise pig health or welfare’.

The NPA also welcomed the Bill’s aim to help farmers manage livestock in a way that mitigates or adapts to climate change, pointing out that newer pig buildings are far more environmentally efficient, while minimising ammonia and other emissions.

But the Bill should be more explicit in assisting farmers to improve manure and slurry storage and invest in better management and handling facilities, it said.

It also called for specific pig measures to be incorporated into the new environmental stewardship schemes and for pigs to be included in measures to improve soils.

Food security: The NPA ‘strongly applauds’ the Government’s intention to include food security within the scope of the Bill, which it said corrected the ‘unbelievable’ omission of food from the original document. The Government will be legally obliged to report to Parliament on food security every five years. But the NPA said five years was too long, given how much can change in that time, and that this reporting should take place annually.

Intervention in markets: The NPA welcomed the Bill’s provisions to intervene in markets under exceptional conditions, such as disease outbreaks, but said it should be more explicit about measures to prevent disease incursion and biosecurity policy, especially given the current African swine fever threat.

Transparency and the supply chain: The Bill will allow the Secretary of State to collect data from the supply chain, which Defra said would help ‘champion British food’ by improving transparency and fairness from farm to fork. The powers will help farmers strengthen their negotiating position and seek a fairer return, as well as manage market volatility, promote health and welfare and traceability, and minimise adverse environmental effects and waste, Defra added.

The NPA was ‘encouraged’ with this provision, agreeing with the Government that the disparity between ‘small, individual’ primary agricultural producers and ‘highly consolidated’ processor, distributor and retail businesses makes primary producers ‘vulnerable to unfair trading practices’.

It stressed that the long-term viability of the pig sector depends on an effective, transparent and fully operational supply chain. “If farmers were able to understand how prices are set, have access to well-designed, responsive longer-term contracts and better insight of future pricing, they would have far more confidence in the future and be able to plan ahead, reinvest and improve the efficiency of their businesses,” the NPA briefing said.

But it wants the Bill to go further and stipulate mandatory codes of conduct similar to the existing Grocery Supply Code of Practice.

What is missing? The NPA highlighted the lack of any provision ‘making it clear that our food standards will be maintained and protected’ in future trade deals and reference to improving public procurement as omissions from the Bill that need rectifying. The briefing, which has been sent to MPs, can be viewed on the NPA website.

Industry demands more than words from Government on import standards
The reaction from the food and farming sector to Theresa Villiers’ Agriculture Bill was certainly warmer than for the original, while environmental organisations have also been upbeat. But, however hard the Government tried to spin the Bill as a win for farmers and the environment, one overarching issue has hung over it that Ministers still have no real answers to – import standards. 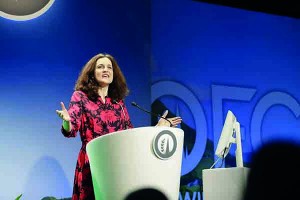 It is not the only issue, of course. This Bill means direct payments will be gone by the end of the decade, while, in some form or another, they are likely to remain in place in the rest of the UK, the EU and beyond.

NFU president Minette Batters has called on Mrs Villiers to consider using 30% of the money transferred from direct payments for a stability fund to protect farmers from the vagaries of the weather, for example. That horse may have bolted, however. 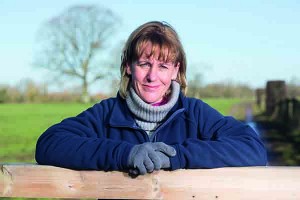 Another very big question is how this Bill for England will dovetail in with policies being developed in other parts of the UK. This will be far from straightforward.

But virtually every response to the Bill, from whichever interest it came, highlighted the fact that domestic farm policy cannot be separated from trade policy.

The Bill seeks to ratchet up domestic standards in areas like the environment and animal health and welfare, with the carrot of support likely to be accompanied by the stick of regulation in some areas.

Meanwhile, other parts of Government are trying to negotiate new trade deals with countries that produce their food to lower standards and therefore more cheaply.

NPA senior policy adviser Ed Barker cited the continued use of sow stalls – banned in the UK in the last century – in the US, Canada and Mexico, countries which also have far fewer controls on antibiotics and allow the use of growth promoter ractopamine.

“Such production systems represent a much lower cost of production model, and could seriously affect the UK market if permitted as imports. The Bill must be clearer that such food products will never reach UK shelves,” he said.

The NPA is one of more than 60 farming, environmental, animal welfare and public health organisations that have joined forces to call on the Government to enshrine its commitment to protect post-Brexit UK farm standards in law.

In a letter to Prime Minister Boris Johnson, the organisations, mobilised by the NFU, said they supported the Government’s stated commitment to ensuring standards of UK food production are not undermined after we leave the EU. However, they call for ‘more than just verbal assurances’ and seek clarity on how this can be achieved, given the complexity involved and the ‘intense pressure on British negotiators to make significant concessions’.

The letter calls for specific actions from Government, including:

Mrs Villiers was repeatedly asked how the Government would deliver on its manifesto commitment on standards when she appeared at the Oxford Farming Conference at the start of January.

While she insisted, we ‘can maintain and indeed enhance UK standards’ and that the Government will ‘defend our national interests’ as it negotiates new trading relationships, she failed to come up with any credible solutions.

Suggestions that tariffs could be the answer did not convince anyone and neither did her comment that EU regulations currently barring lower standards would be transferred into UK law, given the Government’s clear desire to loosen the UK from the grip of Brussels legislation.

She said there was ‘still a discussion going on within Government’ over the NFU’s call for a standards commission.

Delegates were suitably unimpressed. When asked for a show of hands for those who believed the Government would protect UK farmers in future trade deals, none were raised.

The issue is not going to go away, with March 25 earmarked as a date for farmers to head to Westminster to make a ‘rallying call’ to Government on post-Brexit food standards.