Noteably, shipments to China were constrained by falling Chinese import demand as their domestic production began to recover last year and by the fourth quarter, exports from Brzail to Chine were nearly 30% below year earlier levels, and so overall exports in the final quarter were only 6% higher than the year before, at 305,000 tonnes. 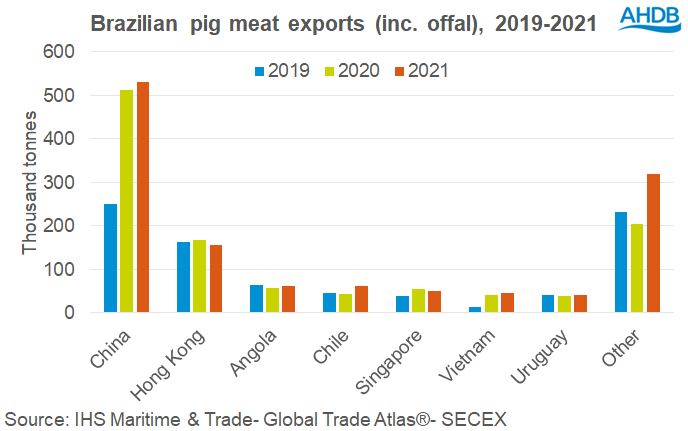 Increasing production and slow recovery in domestic demand in Brazil has been a factor for the increased availability of product for export.

AHDB noted that In 2022, further export growth has been forecast for Brazilian pig meat, with some expectations of Chinese import demand picking up again later in the year.

It also said that the latest USDA forecast (from October) anticipates a 7% growth in Brazilian pork exports this year, supported by a 3% increase in production.