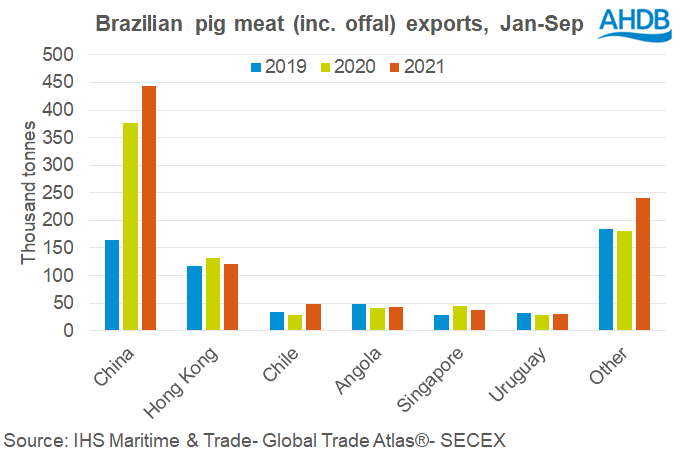 Outside of China, several other markets have played a central role for the ongoing growth in Brazilian export volumes, including the Philippines, which has taken more than three times as much Brazilian pig meat than during the same period last year.

Chile has also been an important growth market this year, particularly in the first half when volumes were almost double 2020 levels. Other smaller, but notable growth markets include Venezuela and Argentina.

Ms Wilkins said that the widespread success of Brazilian exports this year has no-doubt been aided by the devaluation of the Brazilian Real.

“The total value of exports for the year to September was BR11.6bn, a 30% increase compared to the year before,” she explained. “The increase is smaller in both US dollars (+24%) and Euros (+17%). The strong relative price-competitiveness of Brazilian exports represents a challenge for other global exporters, including the UK, as we compete for buyers on the global pork market.”