“They haven’t done that to the extent that we would like,” he said, also suggesting there was little more that Defra could have done beyond buying its own abattoir.

However, the BMPA said Mr Eustice’s suggested solution would have been hugely damaging for the British pig industry. ‘Dumping’ extra pigs onto the ‘fragile and over-supplied’ EU market would force the pig price below £1/kg and ‘decimate UK pig farmers’, it said..

The association also accused Mr Eustice and Immigration Minister Kevin Foster of ‘well and truly muddying the waters around the temporary visa scheme, insisting the lack of butchers was the fault of Government appointed agencies that ‘didn’t have the contacts or experience to find and vet candidates’, rather than a lack of requests from processors. 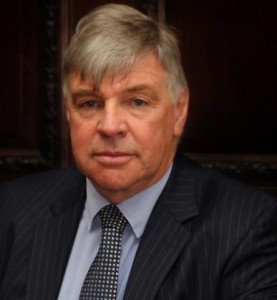 Speaking on Radio 4’s Farming Today programme, BMPA chief executive Nick Allen pointed out that more pigs were processed last year than for the past 15 years. However, processors have not been able to cope with the extra pigs in the system, he said, denying that processors have ‘failed’.

He insisted the accusation that they had not taken advantage of the visa system was ‘unfair’. “We were asking butchers to come here for six months and we were having to do it through labour providers who had no experience in recruiting for butchers,” Mr Allen said.

On the suggestion that pork processors should drop the pig price to put extra pigs killed on the European market, he said: “Europe’s awash with pigmeat, so if we have actually had to clear that backlog on the European market, we would probably had to drop the pig price by about 30 to 35% and I’m not sure that farmers would have necessarily welcomed us doing that,” he said.

Questioned about why processors couldn’t do more to share the financial burden of the crisis with producers, Mr Allen said processors were ‘taking a hit, too’, with profits being ‘not particularly high’, typically around ‘low 1%s’. “There’s no talk here about the role retailers might start playing in this, as well. It seems to be that processors have this or magic way of making pigs disappear. Well, actually, you need a market for them,” he said.

Asked why there hadn’t been more Saturday kills, he said processors had been hit the Omicron wave sweeping the country. “In the first two or three weeks of this year, a lot of plants were really struggling with the virus and losing labour. In fact, I had one plant that has lost 60% its butchers for one week.

“That’s moved through the system now and, actually, if you look at the slaughter figures last week, they were actually quite encouraging. They are now planning some Saturday kills,” he said.

But Mr Allen said there were no guarantees that the extended Private Storage Aid scheme would be used over the coming months because of the limitations of using it, including trying up money, devaluing product by freezing it and restrictions on where it can be sold when it comes out.

However, he suggested there were other export markets around the world that are offering a more competitive price and might be more attractive destinations for pigs slaughtered in extra kills.

You can listen to the Farming Today interview HERE (8 mins).