Mr Stanley explained how, despite not holding any formal industry positions, he has turned himself into a high-profile advocate for pig farming.

This has included hosting the BBC Breakfast TV show on his farm for three days, alongside numerous other national media appearances, articles in the farming and national press, including The Guardian, and proactively using social media to showcase to the public the reality of farming.

For example, in response to the controversial BBC documentary that suggested that meat was a threat to our planet, he posted a video on Twitter simply showing him feeding his Longhorn cattle. It has been viewed 75,000 times and received a positive response from the public.

“I showed the reality of beef production to our target audience. We have all got the ability to communicate with the general public and reach that number of people with the truth,” he said.

He has also sought to reach out to politicians, meeting Michael Gove, with whom he still keeps in touch, to discuss farming issues after the former Defra Secretary had read his articles in the farming press.

He also invited Ben Goldsmith, the Defra board member with an ‘extreme environmental agenda’, onto his farm, after engaging with him on Twitter over his repeated criticism of British farming. “Again, I was able to show him the reality,” he said. 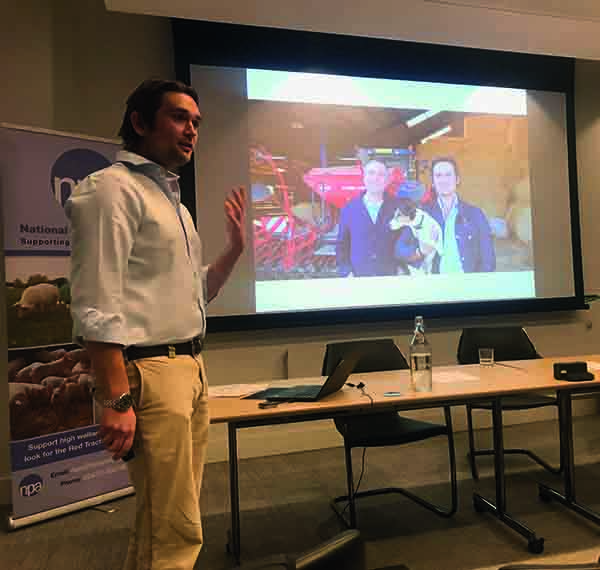 Mr Stanley acknowledged that some pig farmers are understandably ‘jumpy’ about engaging with the public, given the level of scrutiny on the sector, particularly from animal welfare activists.

But, where possible, farmers need to be more proactive in engaging with their peers, the public and policymakers, he said.

“I am just a farmer with no position on the NFU or any organisation,” he said. “If I can do it, there is no reason why everyone in this room cannot do the same thing. Imagine how much stronger our voice would be. I wouldn’t be put off because you think it’s not for you, or that there’s someone better to do it. You are probably the best person to do it.

“The media have got to be hearing our voices and not just through the NFU. And contrary to what Evan Davis and Chris Packham have said, the British public will not be put off eating pork if they know how it is produced. Transparency is the best way forward and, if people knew the high standards we produce to, they are more likely to buy our products, not less.

“We should be proud of our high standards and shouting about them.”

He told the YNPA audience that it was the younger, ‘more media-savvy’ generation that should lead the way.

“The public don’t want to be vegan – they want to be told there is a sustainable, safe, healthy alternative. We are in a brilliant position to get out there and I would urge you in any way possible to get that message out,” he concluded.

Joe’s top tips for engaging with the public

The conference, chaired by A-One’s Dan Day, began with a round-up from the NPA’s Ed Barker and Rebecca Veale on the association’s work during its 20th anniversary year – from Brexit and the election to African swine fever (ASF), the ongoing battle with animal rights activists and more.

There was an update on the YNPA and plans to raise its profile and prominence with the appointment of three new officeholders – chairman Wes Udall and vice-chairs Jonathan McKechnie and Jack Bosworth, who were introduced to the audience.

NFU vice-president Guy Smith set out some of the issues the farming sector will face under a new Conservative Government.

He expects the Government to make rapid progress with the Brexit Bill to ensure that we do actually leave on January 31, while the Agriculture Bill will be sparked back into life, setting out a transition from the current support system towards incentives for higher standards. 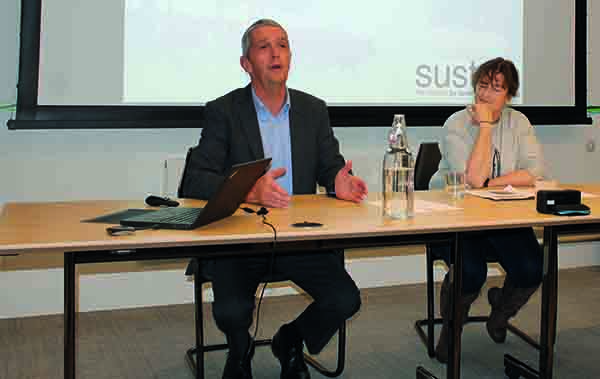 But he warned that the industry could be undermined if, at the same time, the Government opens the doors to lower standard, cheaper imports in post-Brexit trade deals, a concern echoed by Sustain’s Vicki Hird. She set out her vision for what a sustainable farming industry should look like, including switching support towards ‘regenerative farming’, ensuring that everyone can access nutritious food and ‘building animal welfare standards that respond to obligations to them as sentient beings’. 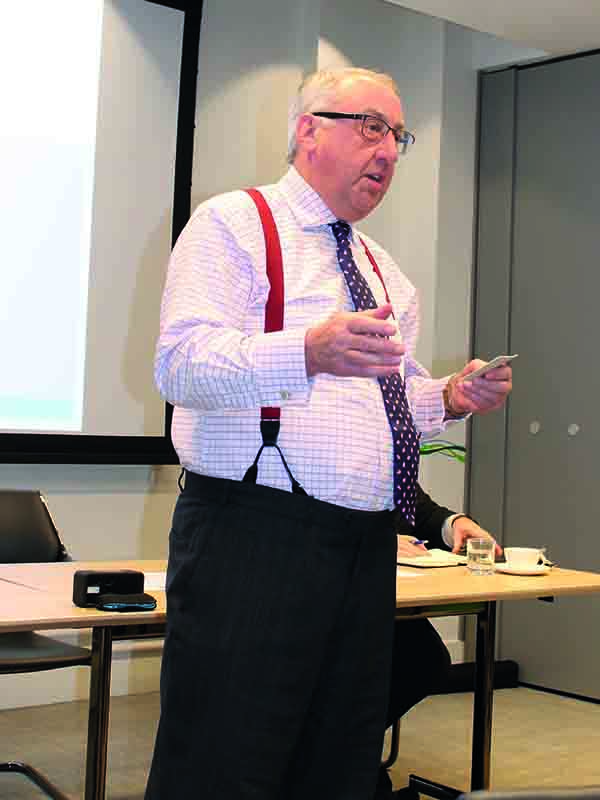 He gave an update on the Government-funded national PRRS programme, due to be launched early this year, and the longer-term Animal Health and Welfare Pathway.

Highlights from an excellent YNPA event
New YNPA chair Wes Udall sets out his thoughts on the YNPA National.

This was my first YNPA National event and I was extremely pleased with the mix of producer and allied industry members.

There were two highlights for me: Vicki Hird, from Sustain, spoke about her vision and ideas for future food policy. While it would be fair to say there were many who disagreed, or questioned her views on many of the topics she covered, it was good to be challenged. These sorts of views are ones that members of the pig industry face every day. 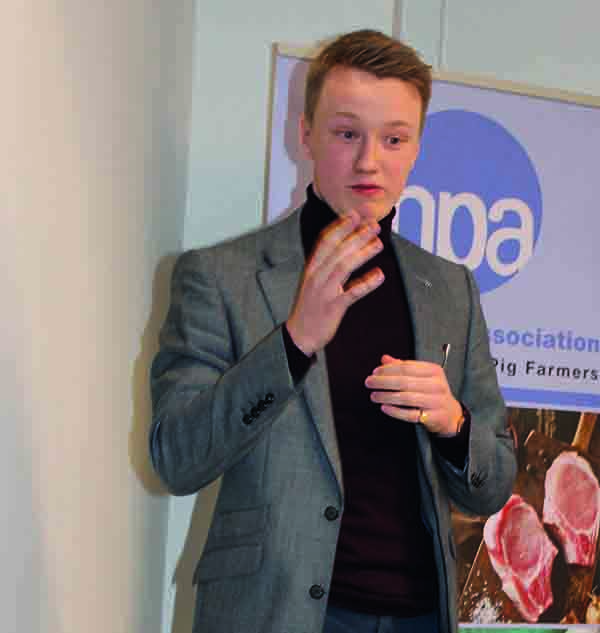 My other highlight was Joe Stanley, who provided us with his insight into why he is making his voice heard and why he is pleased to shout loudly about his farm, his practices and British farming

Bizarrely, they go hand in hand. In last month’s Pig World, I mentioned the need to shout louder about all the good things that we do in the UK pig industry

Vicki’s talk, while challenging, again highlighted the need for us as a sector to recognise and confront the views that are articulated by Green NGOs, especially about welfare and the environment.

Joe highlighted that some of our counterpart industries (beef, sheep and arable) have it easier when it comes to sharing information about what they do, partly because of the scenery and environment in which these industries are set. I recognise the serious challenge that producers face when opening up their farms or turning on a camera. For this reason, media engagement will be a part of our YNPA strategy.

We also had an active discussion around the need to get into schools and educate children about where their food comes from and the opportunities within agriculture. As I said on the day, I encourage everyone in the pig industry, not just YNPA members, to get involved in ‘The Feeding Britain’s Future’ programme.

In addition, I would like to add a huge thank you to A-One for its continued support with this event and to Dan Day for chairing.