However, the EA team was keen to kick-start the process again as only around 40 permits have been issued so far. Over 100 have been drafted and are ready to be sent out. You can help by ensuring you review your draft permit when it arrives and respond asap.

We’ll hopefully know more in the New Year as the EA are currently reviewing all the evidence and their legal position. 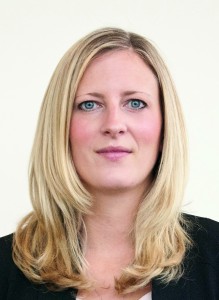 We’ll hopefully have a better idea in the New Year of how producers’ planning applications will be affected by NE policy on ammonia emissions and habitats and the Dutch Nitrogen Case.

NE are currently considering the piece of work by Caroline Chapman commissioned to assess all new case law and NE’s subsequent response, as well as EA’s differing views. It is becoming increasingly apparent that the Dutch Nitrogen Case is going to have a significant impact on planning and environmental monitoring and compliance in future on a national basis.

Basically, where a European designated sensitive site is in either a poor or deteriorating condition and is already exceeding N deposition limit values, the case law states that no further capacity should be permitted.

NE have decided to follow this policy, the term ‘nutrient neutrality’ is now being used which is literally zero tolerance for anything that exceeds the status quo. It also means that any associated activities (such as fertiliser application and grazing livestock in the Netherlands) should be included in any in-combination modelling assessment.

The EA however are very keen to consider betterment, where emissions from new buildings would actually be significantly lower than what is already in existence and would help to improve local habitat condition. We expect there to be a national policy decision made by government in future.

The Environment Bill was included in the Queen’s Speech before Christmas and will include legally-binding targets on air, water quality, biodiversity, and waste efficiency, along with a specific target on fine particulate matter (PM2.5).

It will also herald the launch of The Office for Environmental Protection (OEP), the government’s proposed oversight and enforcement body and detail the principle of ‘biodiversity net gain’. Under this, all developments in England requiring an environmental impact assessment under the Town and Country Planning Act 1990 will be required to offset and improve the value of natural habitat that is damaged or destroyed as a result of development.

NPA will be participating in a review of the Nitrate regs and SSAFO regs early next year.