These animals are born with colossal genetic ability for efficient growth. It’s our job to grasp it. Innovative nutrition combined with robust feeding strategies has a well-documented effect on the development of the immune system, gut structure and function. An animal with a well-developed immune system will display a high level of immune-competence and will be less susceptible to disease, showing more efficient production throughout its lifetime.

“These animals are born with colossal genetic ability for efficient growth. It’s our job to grasp it”

This is why it is critical to have the correct feeding programme in place during the suckling phase before the transition at weaning. Beattie et al., (2007) evaluated growth performance and variation between pigs on eight farms to determine the causes of differentiating performance, both within and between herds. The results of this study showed that the key to unlocking lifetime performance comes in the critical four weeks post-weaning.

Revolutionary thinking around nutrient delivery from the Devenish group has shone a new light on pig performance. Nurturaid has demonstrated that by delivering the correct nutrients at the right time in an appropriate concentration, eight-week weight can be increased by at least 2kg.
If there’s a potential extra 2kg to be captured, every generation needs to embrace this revolution. 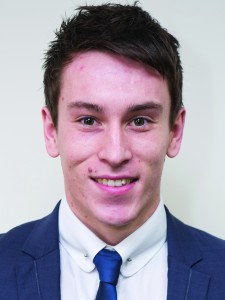 Mark Williams is a technical pig nutritionist with Devenish