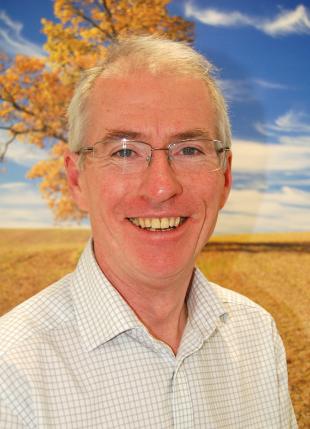 Mr Sloyan said the prospects for the next few months were helped by a steady rise in the EU price, reflecting tighter supplies in most major pig producing countries.

One of the biggest drivers of the UK price increase over the past 12 months has been the export market, which hit a 17-year high in 2016, with China the biggest destination.

“We have been doing really well in the export market,” Mr Sloyan said, adding that it is currently worth an estimated £30/pig.

“What is really encouraging is that we are starting to see, not only volume growth but value growth as well. China was generally for parts of the pig we didn’t want to eat – relatively low value but high value added for us. That is still the bulk of the market going there but we are increasingly now seeing other products – what you might call prime meat – finding its way into those markets, adding more value for the UK pig sector.

“And it is not just China. The fact that most pork business is denominated in dollar makes us good to trade with because of the weak pound. We are seeing good growth, too, in the USA and Australia.”

“There is less pork on the market than we think.”

The downside, as far as the UK market is concerned, is demand, with ‘retail sales still under pressure’ and down slightly in 2016, compared with 2015, despite some good weeks before Christmas.

Moving onto the global perspective, he described Spain as ‘one to watch’. It is bucking the EU trend and expanding its pig herd, with a view to further growing its export trade, which is now larger than its domestic market.

But the biggest unknown is the US and the volumes produced there this year. Mr Sloyan said: “They have been expanding, despite lower prices at back end of last year. They have got new capacity in the slaughtering sector and, given that US consumption is not rising, the feeling is they will be trying to fill that on the export market in all the usual places, including South East Asia.”

“But, overall, things are looking quite good,” he concluded.