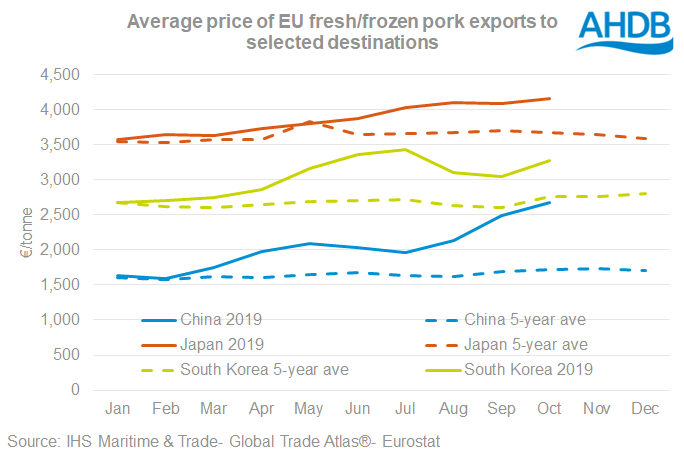 The continual growth means that EU pork exports for the year to date were 22% higher year-on-year, at 2.16 million tonnes. China has by far been the main growth market.

Shipments to China were up by a third, although there was a 6% drop to the secondary Hong Kong market. Trade with most other destinations also declined.

For the year as a whole, offal exports were up 10% year-on-year at 1.13m tonnes, again with growth in the direct Chinese market but lower shipments to Hong Kong.